After being broadcasted on YLE last Spring, the International Teletext Art Festival returns and is currently live in Germany on ARD teletext (page 770), until September 16th. According to information communicated by ITAF staff, ARD (Arbeitsgemeinschaft der öffentlich-rechtlichen Rundfunkanstalten der Bundesrepublik Deutschland) is the second largest public mediahouse after the BBC, making it the largest teletext broadcaster as the BBC is phasing out Ceefax.

You can see some captures below, and it's interesting to notice that my picture got mangled somehow: is it a teletext emulator rendering bug? However, it appeared correctly on TV so that's probably what matters most.

Some screenshots from ARD teletext pages: 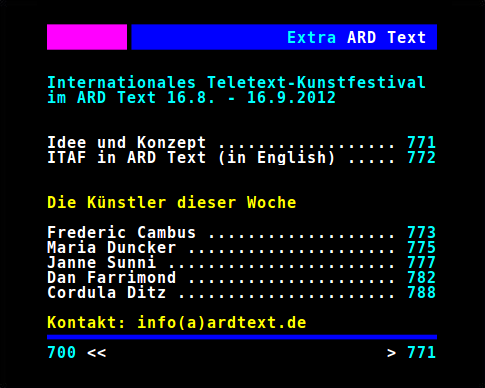 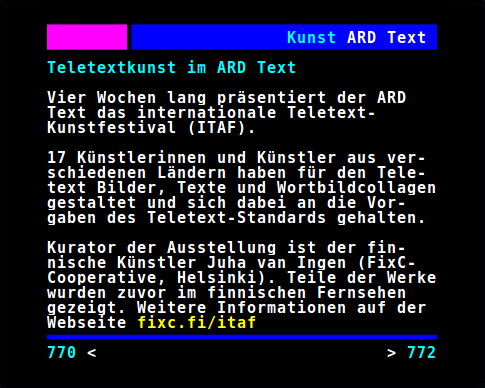 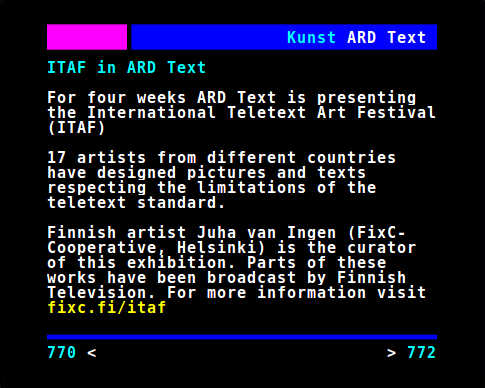 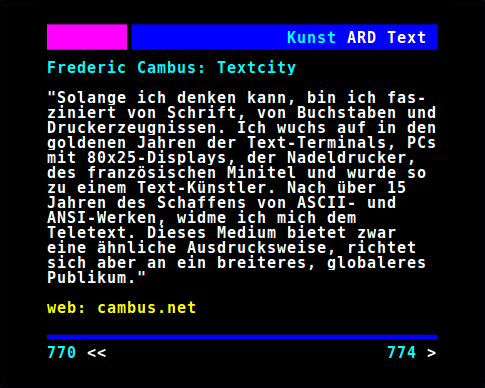 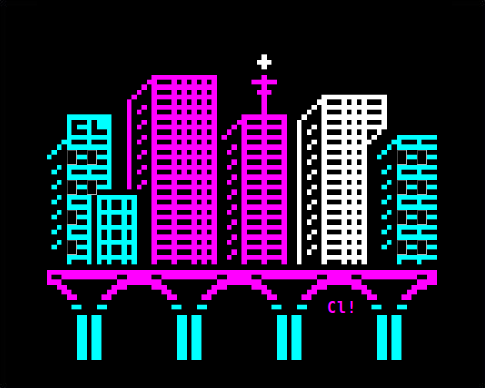 For reference, here is the original english version of the biography:

For as long as I can remember, I've been fascinated by type, fonts and printed materials. Growing up during the golden years of text terminals, PC's 80x25 text mode displays, Dot Matrix printers, and French Minitel (using Videotex display, closely related to Teletext), I naturally became a text mode artist. After drawing ASCII and ANSI art for over fifteen years, I've been turning myself to Teletext, a media offering a similar manner of expression, only with a more global and broadened audience.