Window Maker is one of the very few graphical user interfaces which I would call timeless. Despite the fact it hasn't evolved graphically for almost 20 years, it still looks clean and beautiful by today standards, whereas AfterStep now looks terribly old and outdated.

In fact, it is one of those very few intemporal interfaces which left a huge impact on me over the years:

I loved the default BeOS color scheme so much that I'm using it as my Window Maker theme: 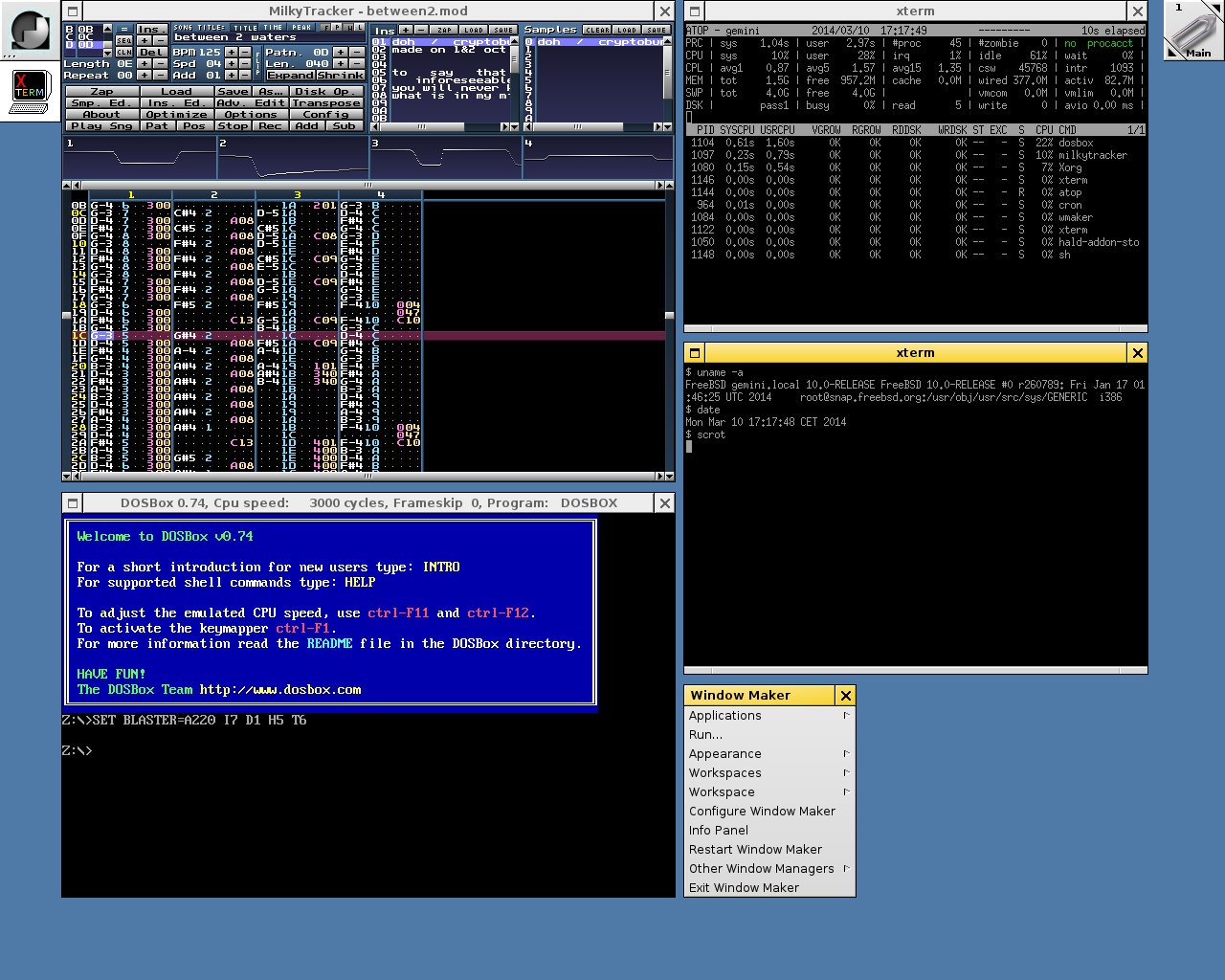 In retrospect, I have very fond memories of the few years during which I used it as my sole window manager, circa 15 years ago. Window Maker allowed the rest of us to experience NeXTSTEP.